B. Each main layer is subdivided into more layers 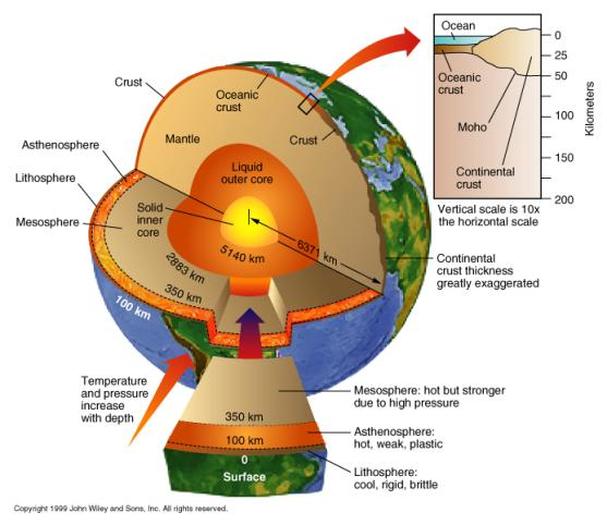 Remember that we learned that the biosphere is that part of the Earth that contains living things - from the deepest parts of the ocean to the atmosphere (the layers of gases which surround the earth).  The hydrosphere is the layer of the earth where water is found.  The oceans are where most of the earth's water is found, but water can also be found in lakes, rivers and below the ground. Water is also an essential habitat resource.